Or: origin and consequences of the anti-Pagan attitude of the German establishment

It is a well-known fact that Heathens and Pagans face considerable difficulties in Germany. Everything even remotely connected with Paganism in general and any reference to Teutonic culture or history in particular is instantly identified with an ultra-right-wing political attitude or even Neo-Nazism of the vilest sort. So, in spite of religious freedom being a part of the German constitution, Pagans and Heathens have to cope with severe social restrictions. Most choose to live "secret lives", taking care not be identified with their religion because they want to keep their jobs, have a chance applying for an appartment and walk the streets without being mobbed and harrassed. Others drift towards the fringes of society, where the real Neo-Nazi groups and the witch-hunters of the extreme left, the so-called "Antifa", wait for them.

In the last years, the situation has improved mostly because of the activity of the Rabenclan (Raven Clan), an all-Pagan organisation. Rabenclan cooperates with the Nornirs Aett, an Asatru group which initiated this project. The Ariosophy Project is dedicated to explore and explain the still existing and once (until the mid-nienties) dominating role of real right-wing and fascist groups and ideologies in the German Pagan scene. The solving of this problem is evidently crucial, and everybody who is not of their ilk of course agrees that racism, nazism, authoritarian structures and totalitarian systems are an anathema to Paganism and Heathendom which are, to make a very simple but important point, about freedom. 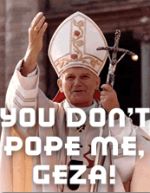 In the last years, the hegemony of the right-wing groups, their satellite organisations and, most important, their leaders, has been broken. New Pagan and Heathen groups are founded and their members don´t dream about bowing to the self-established "High Priests" of the old power structure. Most of them - Sigrun Freifrau von Schlichting (Armanenorden), Bernward Schulz (ANSE), and as an example for a satellite, Volkert Volkmann (Yggdrasil-Kreis) - are limping into oblivion, licking wounds that will not heal, branded for the rest of their lives. Now, the last of the once so high-and-mighty princes, Geza von Nemeny, declared himself "Allsherjargodi" (sic) and High Priest of all Heathens and Pagans in Germany. From the very first day he faced an uproar of denial. Restricting his claim now to "traditional Heathens", introducing a pseudo-feudal system that decides between "laymen" and "clerics" (he alone decides who ranks among the latter) and stating that foreign organisations, especially those from the "anglo-saxon" countries, have no say whatsoever concerning Heathendom in Germany, he tries to re-establish the old order under himself as the "Pagan pope". His "traditional heathendom" consists of Ariosophy, pseudo-historical constructs and his personal fantasies, though.

He will not succeed.

Nemenyi's followers harp upon his "merits", on all the things he has done for Paganism and Heathendom in Germany. This is a brilliant opportunity to look a little closer at these merits.

Nemenyi's claim to be a Godman stems from a ceremony conducted mainly by Sigrun Freifrau von Schlichting, daughter of an SS-Officer and "Hermine" of the Armanenorden. This group ("Armanen" means "Ario-Germanen") still venerates the "wisdom" of Guido "von" List, whose Ariosophy played an important role in the Third Reich. Incredible but true - the Armanenorden managed to appear as a harmless bunch until the mid-nineties. This project, logically, concentrated in the beginning on them - furthermore, none of the "High Priests" of that time had been without close connection to the Armanen and Schlichting. She was - and is - also the person who really controls the ANSE (Arbeitsgemeinschaft Naturreligiöser Stammesverbände Europas - mark the "NS"), a group whose sole aim is to act as a buffer between the Armanenorden and the public. 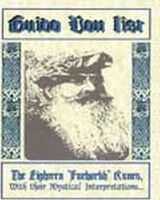 There once was a short quarrel between Nemenyi and Schlichting, but not, as the good-hearted may expect, about fascism. Instead, Nemenyi at that time even tried to "overlord" the old lady but lost. A very fascinating peace-treaty was published both in the magazines of the ANSE and Nemenyi's own, the "Germanenglaube". Nemenyi publicly declared to remain in friendly relations with Schlichting, and this is one of the rare occasions in which he actually kept - and keeps - his word.

On most other occasions, Nemenyi tries to deny any connection to the Armanenorden or at least to mask the true nature of this relation. The Armanenorden, however, appears to back him up and always slinks in his shadow wherever he goes.

Nemenyi's merits, in this respect, are the following: since the 80s, he has drawn a lot of innocents into the fangs of the Armanenorden. As his teachings are not identical with Schlichting's or List's but similar to them, he has introduced people who were searching for Heathendom to Ariosophy. He is one of the persons who are mainly responsible for the false identification of Heathendom with Ariosophy both in the German public and among gullible Heathens.

The role pseudo-Germanic ideology played in the Third Reich cast a shadow of suspicion on people who busied themselves with Teutonic culture after the allied forced had freed Germany. Of course, a tribal culture has nothing to do with fascism, and it would have been the right thing to do to explain this. But the activities of old and new Nazis who, of course, still referred to "the Teutons" as their idols made this a Herculean task. Outside the universities, this task is left almost entirely to us.

Nemenyi, the pope of "traditional Heathendom", publishes books in which he "explains" what "Teutonic religion" is. According to him, Garm is really "Karmr", the embodiment of the Karma principle in Teutonic mythology. Nemenyi stamps disbelief in the Karma principle as ignorance and heresy. The Zodiac is, according to him, a "Tyrkreis", for the simple reason that "Tierkreis" and "Tyrkreis" sound similar and so, in the light of Nemenyis wisdom, are the same thing. Those among the readers who are familiar with List or other Ariosophic authors recognize the "method", so to say: it is exactly the method List employed to create his racist, pseudo-Germanic ideology. Empowered thus, Nemenyi does not shirk from the task to prove Jesus is really one of the Aesir and his name derives from the Gaulish God Esus.

While depicting Teutonic society Nemenyi follows List. According to him, "the Teutons" lived in a rigid caste system ruled by pope-like "High Priests" like himself. Of course the reader recognizes this as the source of his claims for omnipotence. His own group, the "Germanische Glaubens Gemeinschaft" (GGG - the mental jump to "gee" is certainly not intended), is unsurprisingly structured according to that model, and his "council of Godhar" (Godenrat) cannot wipe their noses before asking him how.

Nemenyi's merits: as his version of "Teutonic culture" is both authoritarian and ridiculous, it causes damage in many ways. Teutonic history and culture are a common cultural heritage, the correct interpretation of which could do a lot to correct a dangerous, Rome-centered image of history. In this respect, Nemenyi's pollution does more harm than just adding weight to the prejudices against Heathens and Pagans.

When encountered with anything else but instant obedience, Nemenyi likes to threaten. His favourite word is "consequences", and he never makes clear what he means because it has dawned on him that the law and lawyers exist. His threats are based on the common knowledge about his contact to right-wing groups - I can't prove this is what Nemenyi intends with his wording, but this is the fear that grips those who receive this kind of letter from him. But "consequences" also imply damage to personal reputations. Everybody who opposes him is instantly identifed as an agent of the German churches, in one case (mine) even as an agent of Jewish communities. Needless to say, I am not an agent of Jewish communities but would not hesitate a second to help them against violent anti-semites. In Germany, the next Jewish graveyard where the latest dates on tombstones are from the early 30s is always just a short walk away, and the knowledge what was done under the label "Germanic" should make every one of us instantly grip for the axe - my humble opinion.

In real life, at least the protestant church is not as anti-Pagan as Nemenyi depicts them. Laymen from both big German churches and independent Christians have become increasingly more tolerant, interested and in some cases even solidaric with Pagans and Heathens. This is not at all to Nemenyi's liking, who indeed got into conflict with church authorities during the events following his masterpiece which I will recount later on. A small book, "Die Neuheiden" bei Antje Schrupp is mainly responsible for this new tolerence. Antje Schrupp distinguishes rightly between Pagans and Heathens who oppose racism (example: Rabenclan) and those who don't or only try to appear to do so (example: Yggdrasil-Kreis, Nemenyi's friends).

Nemenyi's merits: a society which tolerates Pagans and Heathens would be Nemenyi's total ruin. Society will never tolerate what he stands for, but a democratic society has no problem tolerating democratic Heathens and Pagans. Nemenyi, in contrast to his ridiculous claims to work for the acceptance of these religion, does the opposite. I do not believe that this is his intention, but his intentions are not my subject. Furthermore, Nemenyi spreads fear and paranoia, and the damage his "consequences" did on various occasions I leave to the imagination of the reader.

Nemenyi's greatest achievement is the big political scandal of 1984/5. After that incident, doors banged shut for Heathendom and Paganism which would have opened wider, and those who closed and bolted these doors cannot be blamed.

At that time, a new political and social movement swept over Germany - the Green or "alternative" movement. It was a voice for political and social change, ecology and the liberation of women. This movement was mostly benevolent to "alternative" religions and indeed there were quite a lot of Pagans and Heathens among the activists and followers, at that time mingling peacefully with Christians and materialists. Of course, the establishment was not amused.

Germany is a federal state. West Berlin, at that time, had a special status and played a vital political role. Conservatives there had developed a kind of "front state mentality" and watched with anger the founding of "Green" organisations. At that crucial moment, the Green Landesverband (official party subgroup in one of the German states) was successfully infiltrated by Nemenyi and his allies. Some of these had been found guilty of the following crimes: possession and distribution of NS propaganda material, possession of firearms. Some were members of the "Heidnische Gemeinschaft" that still exists. These individuals had maneuvred themselves in position of control of the Landesverband and intended to enter parliament.

When "Der Spiegel" (important political magazine) brought this to light, the ensuing scandal shook the new-born Green Party. The federal head organisation closed down the Landesverband, and the political damage was enormous. Needless to say, tolerance was dead. You can read the original material in the "magazin" section of Rabenclan website: Gruenen Bundesvorstand Erklaerung 1985

Nemenyi's merits: since then, the Green Party has become part of the establishment. Imagine what might have been possible. Instead, Heathens and Pagans suffer from a social stigma. After that incident, scepticism against Heathens and Pagans cannot be labelled prejudice without any reason. People have a reason, and Nemenyi provided it.

It has been left to us to solve these problems so far, so we did. Nemenyi now gets what he paid for, the right reward for his merits.

Note: this is the first essay of the Ariosophy project written originally in English. I'm afraid my style is awkward and my wording lacks skill, but please bear with me. This text would not have been possible without my American friends - Kate and Jen - who did their best to improve my English. My mistakes, however, are mine, not theirs.